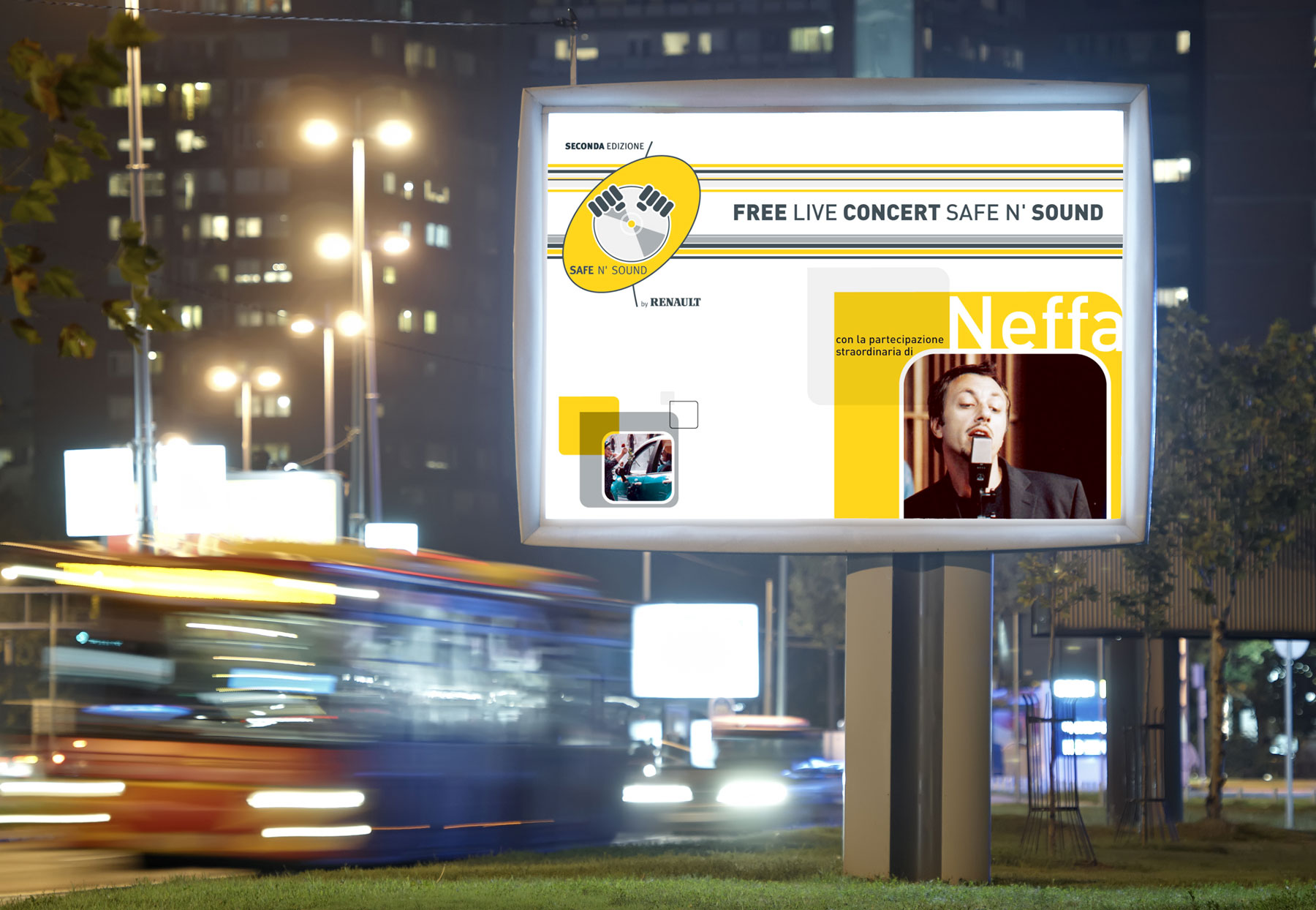 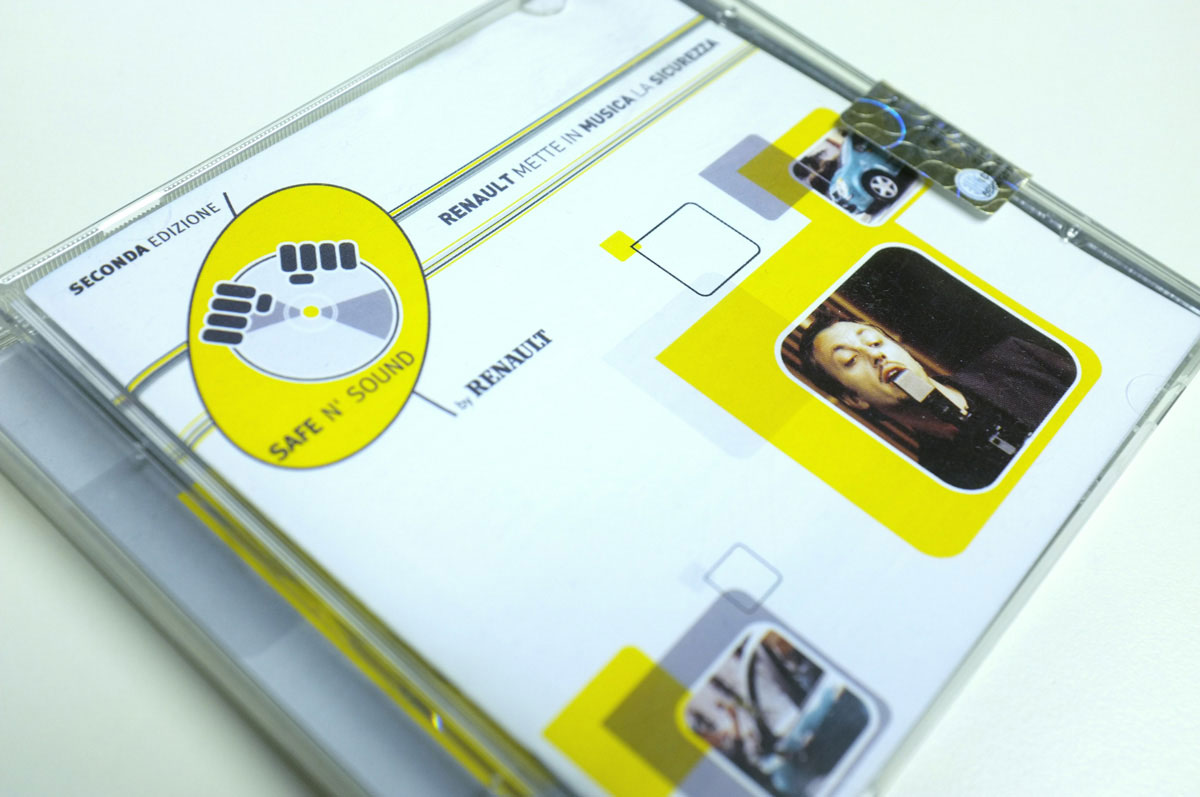 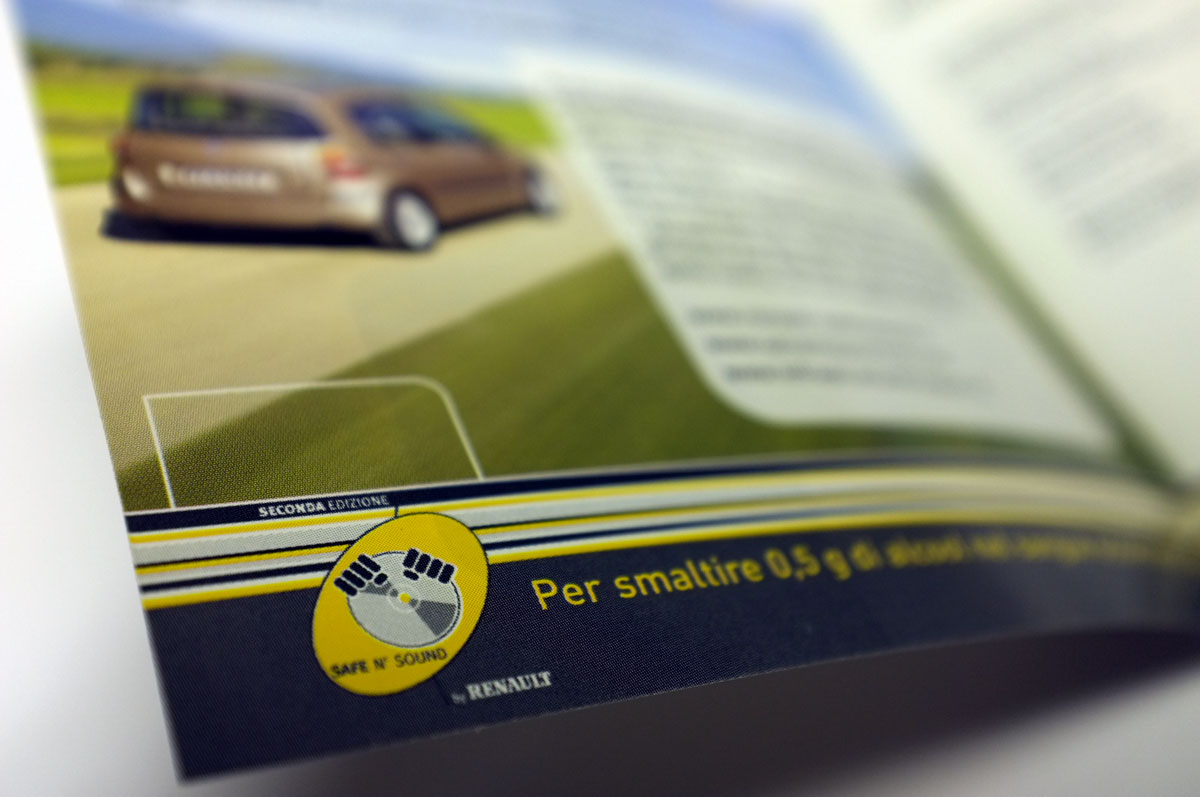 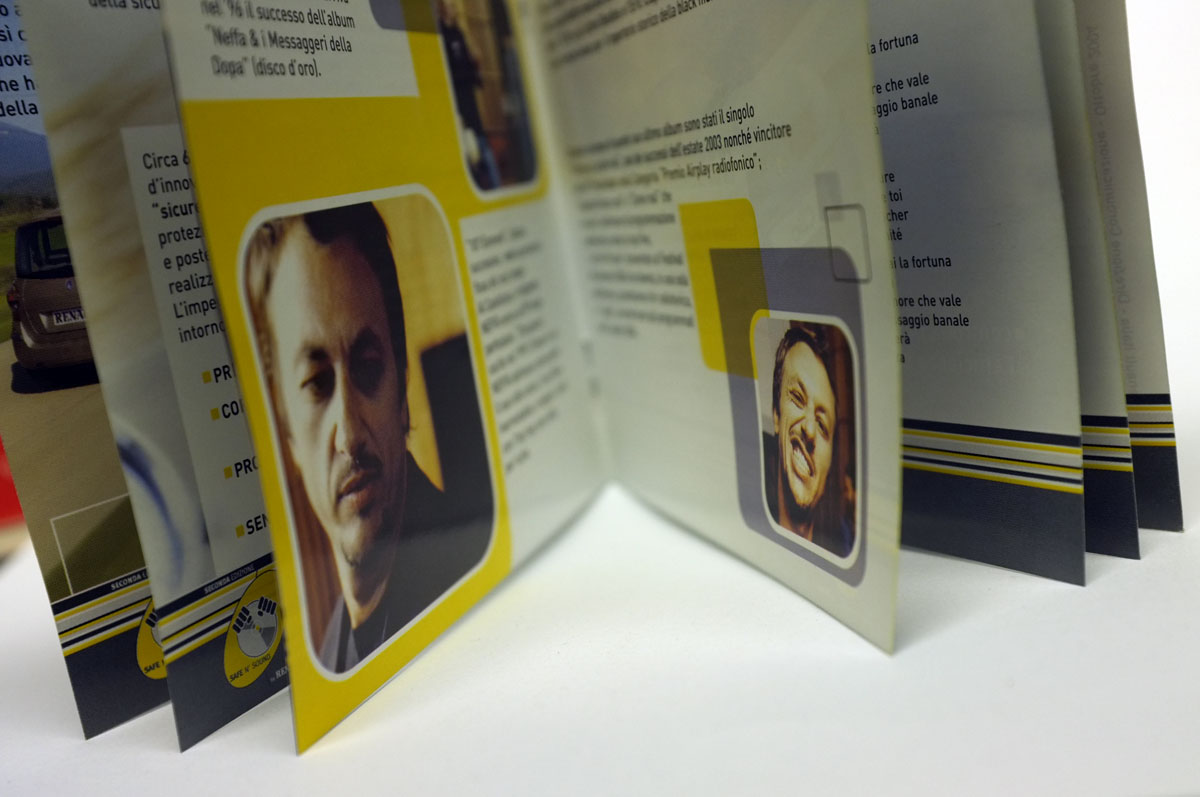 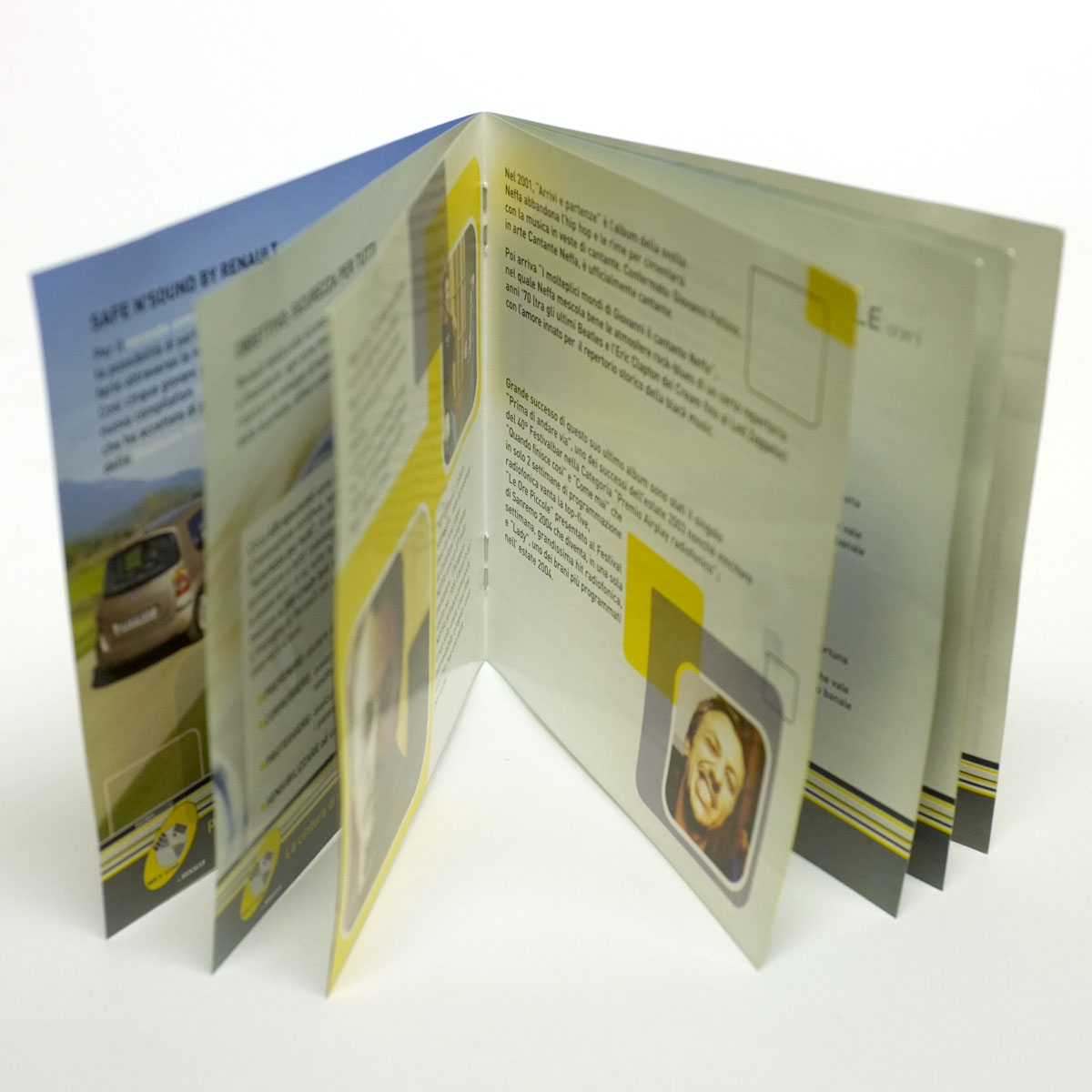 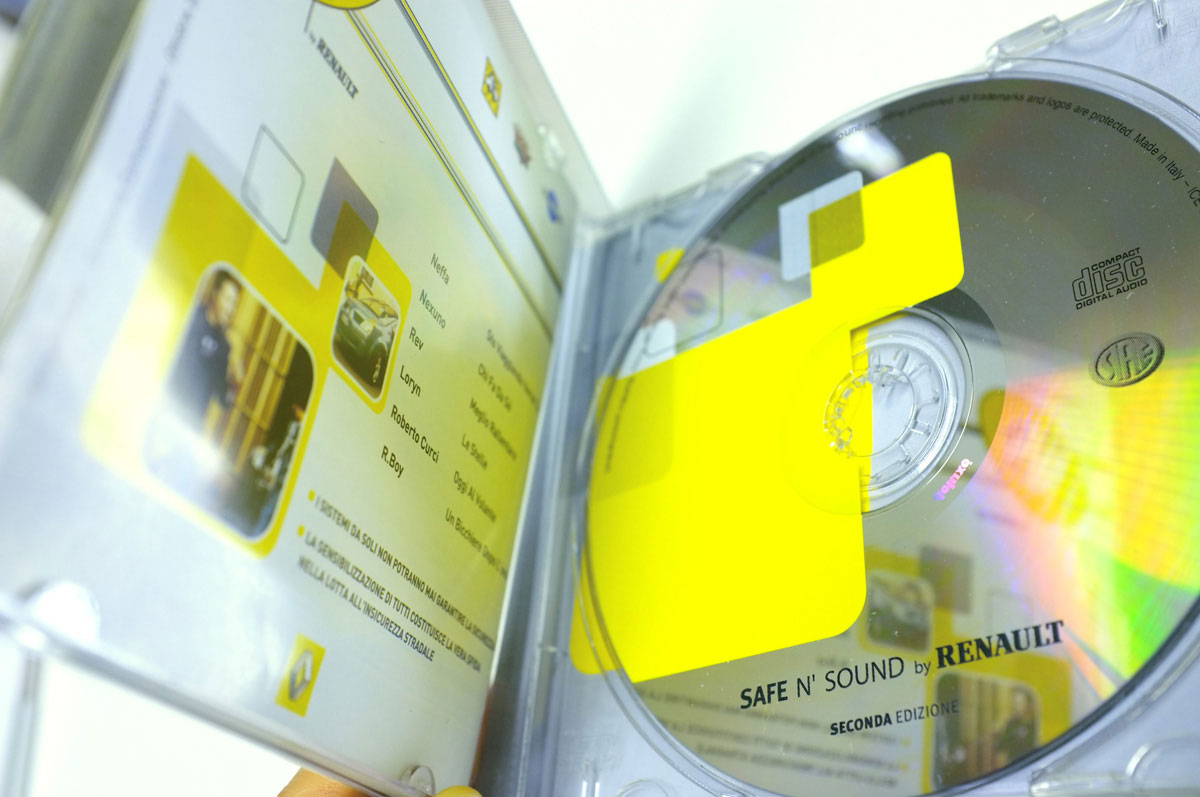 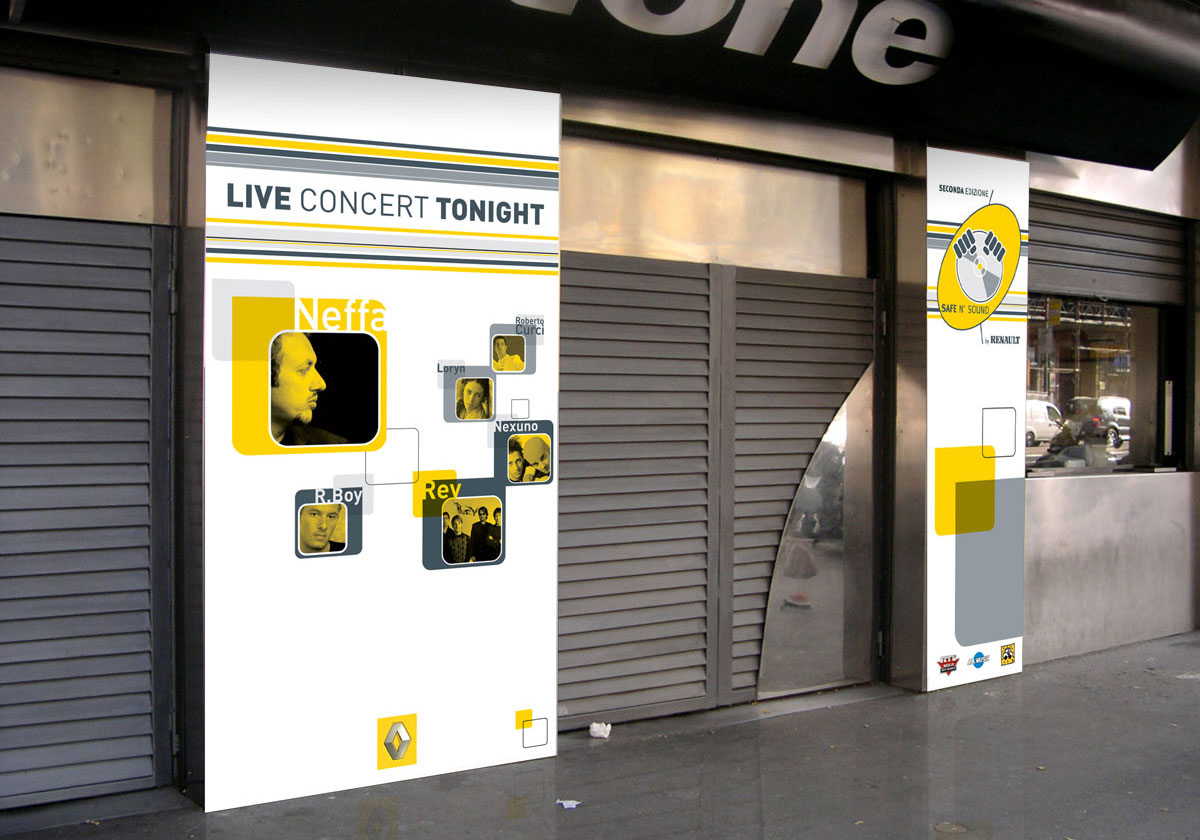 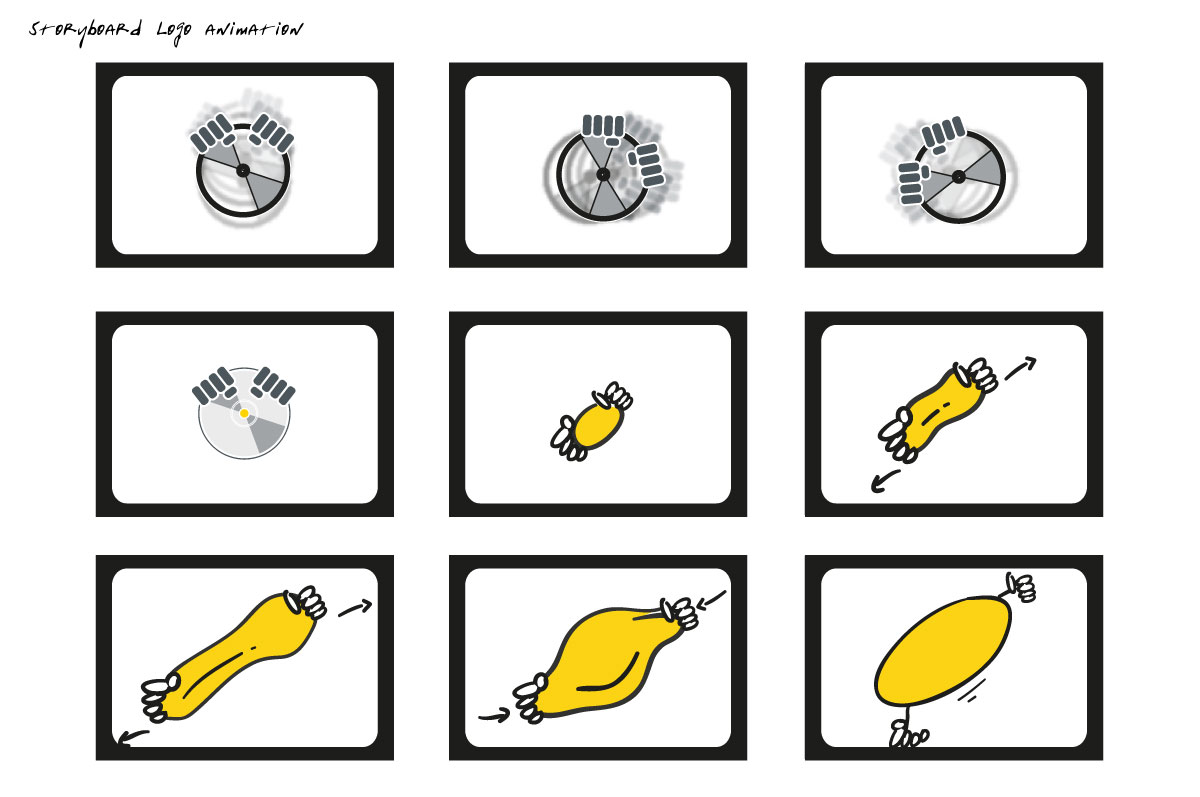 This project is part of the international programme “Safety for everybody”, launched in the year 2000 in 15 countries. Renault created a music event combined with the participation of internationally acclaimed artists and musicians composing songs which treat the safety on the roads. This is the second edition which was launched in 2004, the music event took place in the famous “Rolling Stones” concert hall in Milan.

My task in a nutshell: Art direction of the overall look and feel of the campaign, logo animation, print campaign for ATL, designing the event, the music CD with booklet and merchandise products.